The legislature is in full swing and things are moving fast. As the fifth week of the session comes to a close, we’ve seen close to 400 bills introduced and WCC’s legislative committee has been kept busy on our weekly calls.

Here are some updates from the first five weeks:

Local Food & Agriculture
WCC members have long known that access to adequate processing is a significant barrier for small poultry producers to get their products to market. SB16-058, introduced in the early days of the session, is designed to allow Colorado poultry producers to take advantage of federal exemptions available through USDA.  WCC is closely tracking the progress of the measure and weighing in on proposed amendments that could open up additional market opportunities for Colorado producers. The bill is up in the Senate Ag Committee this week. 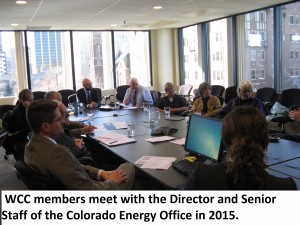 OHV Legislation
For years, local & state governments, the conservation community, and state agencies have been trying to reach a compromise on the use of OHVs on county roads. HB16-1030 just might get us there. WCC supported a strikebelow amendment and this version passed third reading in the House last week and heads to the Senate. The bi-partisan bill clarifies that local authorities can require drivers of off-highway vehicles to have driver’s licenses and insurance. It also authorizes OHV drivers to cross state highways within a municipality with approval from the Colorado department of transportation.

WCC is supporting HB16-1004 which will require the state climate action plan to include specific measurable goals geared to both reduce Colorado’s greenhouse gas emissions and increase Colorado’s adaptive capability to respond to climate change. The measure passed third reading in the House last week and is on its way to the Senate.

Voter ID Bills
Under current law, eligible electors may register to vote at any time prior to voting, including on election day. HB16-1111 would refer a measure to Colorado voters to change the state constitution and require photo identification for anyone who registers to vote on election day or within the 22 days prior to an election.  SB16-083 would require qualified electors in Colorado to submit a government-issued photo ID as a condition of casting a ballot. There is virtually no evidence of voter fraud in Colorado. Additionally, voter ID laws in other states have been shown to disenfranchise minority, low-income, and elderly voters. WCC is opposing both measures.

Oil & Gas
It’s been pretty quiet so far on the oil & gas front. However, WCC is opposing two bad bills. HB16-1181 would require local governments who ban oil & gas development in their community to reimburse mineral owners for lost royalties. SB16-097 would prohibit the transfer of certain mineral severance taxes to the general fund. WCC’s analysis shows that the intent of the legislation is to take money away from DOLA grant funds and allocate them directly to local governments - a scenario that is likely to further incentivize oil & gas over other economic development strategies.

Rain Barrels
We’re supporting HB16-1005 which would allow Colorado residents to collect rainwater in up to two rain barrels with a combined storage capacity of 110 gallons for outdoor use.  Colorado is the only state in the nation to prohibit residential rainwater collection. The bill is up in the House Agriculture, Livestock & Natural Resources Committee on February 22. Stay tuned for action alerts and updates.

Join your voice with ours to develop and hone your political skills, make a difference through the democratic process, and wield real political power for positive change. 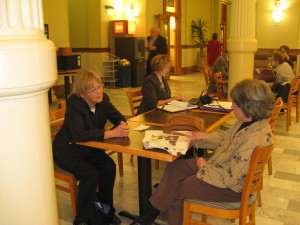 Additional ways you can take action & get involved:

Join WCC’s legislative committee. We hold weekly calls throughout the session to weigh in on specific bills.

Host a potluck in your community to learn more about WCC’s legislative program and priority bills.