Your efforts are having an effect! Keep the pressure on!

We’ve been on the edge our seats for the past month, as the Senate considers revoking the so-called BLM Methane Rule. This new rule limits pollution from oil and gas development on public and tribal lands, and helps stop the waste of our natural gas resources. 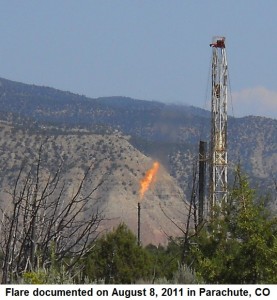 Members of Congress who oppose these common-sense protections are trying to use a heavy-handed and undemocratic tool called the Congressional Review Act to repeal the rule. But so far, they haven’t dared to bring it to a vote – because, thanks to overwhelming public pressure, they haven’t been able to secure enough votes.

Last week, two Republican Senators, Lindsey Graham (R-SC) and Susan Collins (R-ME), said they wouldn’t vote to repeal the rule. Our own Sen. Cory Gardner is one of only two Republicans who remain undecided. That means we Coloradans can make the difference on this vote!

Please take action today and ask Sen. Gardner to oppose the rollbacks of pollution standards that protect our natural resources, health, and taxpayer wallets! Phone calls are most effective at this time – call the Senator at (303) 391-5777 or (202) 224-5941.

Alternatively, you can send an email message via our action page.

Tips for what to say:

It’s clear that public pressure from people just like you are the reason this vote has not happened yet. Right now, every call counts. Please call Sen. Gardner today and help us keep the pressure on. Together we can keep these critical protections intact.